At Stitch Fix, we hire Full Stack Data Scientists (145+) and expect them to perform diverse functions: from conception to modeling to implementation to measurement. Since Kafka is the way we get event data, this inevitably means that a Data Scientist will need to write a Kafka consumer if they’re going to complete their implementation work. E.g. to transform some client data into features, or perform a model prediction, or allocate someone to an A/B test, etc. In this talk I’ll go over how we built an opinionated Kafka client to easily enable Data Scientists to deploy and own production Kafka consumers, by focusing on writing python functions rather than fighting pitfalls with Kafka. 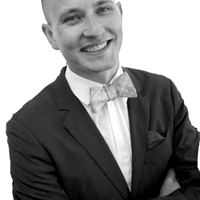