We wanted to embed a Kafka producer/consumer in C++ and decided to use ""librdkafka"", a robust C/C++ library that is open source, well-maintained, and widely used. The C++ interface of ""librdkafka"" is confined to C++ 98 for compatibility, which makes it less object-oriented and user-friendly. Raw pointers in the interface complicates object lifecycle management and limited encapsulation leading to a more complex API. That is why we built a C++ Kafka API using modern C++ as a wrapper on top of ""librdkafka"". This header-only library is quite similar to the Java API, object-oriented and user-friendly. It frees us from the burdens mentioned above so even a novice can pick it up and work out an efficient solution. The ""modern-cpp-kafka"" project on github has been thoroughly tested within our company. After using it to replace a legacy implementation, throughput for a key middleware system gained 26%! 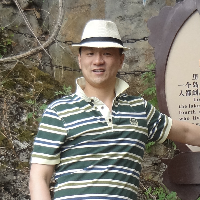