REGISTER
<     Agenda
Using Kafka with Rust: from Zero to "One"

Rust is a fast, memory-efficient language with a rich type system and a set of tools to make you productive. The Kafka Java client is by far the most mature and popular, but the Rust community is catching up. This introductory, yet hands-on talk covers the nuts and bolts of how to talk to Kafka using Rust. Don't worry if you're not familiar with Rust! The live-coding session will cover some of the Rust basics as we walk through Kafka specific concepts such producer/consumer APIs, committing offsets, rebalancing etc. in the context of the Rust client. Hopefully, you will walk away with a good overview and ideas for applying Rust to your Kafka use-cases. 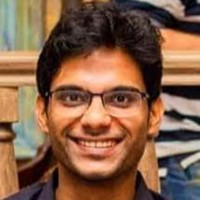